How We Began, Where We're Going

FCS was founded in 1999 by the current owner and chairman, E. Bland Cologne. He has dedicated his life to providing security at several levels. He leads FCS with the same passion for protecting people and communities as he did when he was a law enforcement officer.

Mr. Cologne began his career as a patrol officer with the Falls Church, VA Police Department, became a staff instructor at the Police Academy, then became a special agent with the United States Naval Criminal Investigative Service (NCIS).

From a single contract for the United States Navy in 1999 to now more than 3,000 employees deployed across seventeen states and the District of Columbia today, FCS is a privately held, American- owned company providing the highest level of security services, whose mission has never changed.

In 2006, FCS became the largest provider of security services in the city of Jacksonville Florida.

In 2011, FCS expanded into Washington, D.C. by securing contracts with the Department of Homeland Security (DHS) and the Securities and Exchange Commission (SEC). Today, FCS has seven DHS armed security contracts in more than 40 buildings, and contracts employing in excess of 850 security officers, 500 of whom are armed.

The 16th Largest Security Provider in the U.S

Since First Coast Security was founded in 1999, its leaders have remained committed to a customer service model that recognizes and reacts to the unique needs in every situation. Each officer is trained to perform his or her job to the highest standard, and empowered to make the right decisions in split-second scenarios. 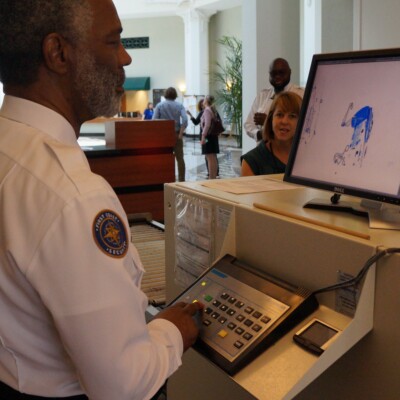 For general questions complete the form:

Complete the form to get a quote